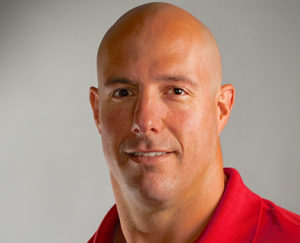 Co-Host of “The Rush” with Chad McKee,  Teddy comes from Fort Gibson, OK where during his senior year helped the Fort Gibson Tigers post their best-ever record of 13–1, advancing to the Oklahoma Class 4A state championship game. During his college years, he was a key member of OU’s 2000 National Championship team. While at OU Lehman went on to be named a two time All-American (2002 & 2003) including winning the Butkus Award that goes to the nation top linebacker, and the Chuck Bednarik award as the nations top defensive player. Tune in weekdays 2-6 pm to “The Rush” on 99.3 FM, SportsTalk 1400AM or state wide on sportstalk1400.com