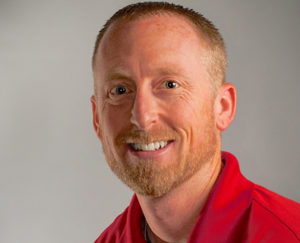 A REF original. TJ has been with the station since January of 2002 and took over as Program Director in 2004. It was in 2004 he joined Toby Rowland to form the T Row in the morning show and the two have been together since. Early on in show history listeners voted T.J. O.S.S.P-Oklahomas sexiest sports personality, a title he still claims.

T.J. grew up in the Arlington, TX area before moving to Enid, Ok in high school. He is a die hard fan of the Rangers, Mavericks, and Cowboys but his favorite sport to watch now is whatever his son Bronx is playing. His one sports wish is that the Rangers win a World Series before he dies. TJ has a beautiful wife named Katie, and one son named Bronx.

Kelly was rated as the No. 24 overall player in the 247Sports Composite Rankings and the highest-ranked signee in OU’s 2016 class.

He also won the 2015 Butkus Award, given to the best HS linebacker @calebkkelly pic.twitter.com/epa2…

REF Army, how do you feel about the latest report OU and Texas won’t be in the SEC until 2025 and will play two more seasons in the Big 12? pic.twitter.com/ujPw…